Twin engine turbofan aircraft. The G280 seats up to 19 passengers plus 2 pilot(s).

Gulfstream and Israel Aerospace Industries started designing the followup, a technical derivative, aircraft to the Gulfstream G200 in 2005; the new model named the G250 was launched in 2008.

However, the G250 was soon renamed. In July the G250 was rebranded as the G280. In Mandarin, the number 250 is translated as “stupid” or “idiotic” and as such, the company found the number 280 to be more tactful and appropriate culture-wise.

Nicknamed the “Baby Gulfstream” the G280 is the smallest of the company’s aircraft lineup. Though sometimes overshadowed by its companions, and overlooked due to size, the G280 is no jet to be underestimated.

Although the G280 is a Gulfstream design, and all aerodynamic designs are done according to Gulfstream’s requirements, the fuselage, empennage and landing gear are manufactured by Israel Aerospace Industries, and the wing by Triumph Group.

The G280s new, long and sleek wing design makes use of the G550 aerofoil, has a much larger surface area, and allows the jet to climb directly to an altitude of 43 000 feet, in less than 23 minutes.

The jet is powered by two Honeywell HTF7250G turbofan engines, producing 7624 pounds of thrust. These engines have the capacity to provide the kind of power and performance needed to make the G280 a long term success story.

These engines feature full authority digital engine control and an automatic power reserve. The Honeywell HT7000 series engines have millions of hours of experience, gained mostly on the Bombardier Challenger 300. These turbofans have proven their power, efficiency and lowered noise levels. Gulfstream also opted to add auto throttle and auto braking as standard features, in an industry shifting move.

The G280 can fly 200 nautical miles further than its initial target range, resulting in a total, tremendous range of 3600 nautical miles. According to Scott Neal, Gulfstream senior vice president of world wide sales, the G280 will fly anywhere in the US nonstop, against any type of winds at any time of year.

Cruising at Mach 0.80, the G280 is the only aircraft in its class capable of traveling between London and New York non stop. The G280 has also set a transatlantic speed record, flying Washington DC to Geneva in a spectacular seven hours 47 minutes.

The G280 burns between seven and 12 percent less fuel. Combined with its high speed, longer legs can be flown at less fuel per nautical mile. Needless to say, this is why the aircraft is the best in class in fuel efficiency.

One of the improvements, compared to the G200, was the lengthened cabin, adding 17 inches of useable interior area. The cabin height of 1.91 meters is the best compared to all other aircraft in its class. It is said to be a remarkably spacious cabin.

The G280 can comfortably seat up to ten passengers in executive style, with beds to sleep up to five. Passengers are treated to exceptionally low cabin altitudes and freshly replenished air, ensuring they are better rested and less fatigued.

With four more windows than the G200, the G280 cabin is illuminated with natural light from, an impressive, 19 signature oval shaped windows, also making sure all passengers have an equally breathtaking view.

The Gulfstream Cabin Management system, by means of an iPod Touch, allows for full control of the cabin temperature, lighting, monitors and entertainment. The cabin control is also available for download to most Apple devices, which allows passengers to, additionally, adjust their seats. Dual DVD players and monitors are standard features. A satellite phone and Internet are optional extras, keeping passengers connected at all times.

There are three layouts to choose from for the design of the interior, allowing for configuration to be centred around business, entertainment or relaxation. Of course, a combination is also possible. Creative concepts can be brought to life, according to each owners specific needs and tastes, to produce a beautiful, luxurious jet, each time.

The elegant G280, offering maximised fuel economy, exceptional climbing ability and awe-inspiring range is everything one would expect from a super-midsize jet, at the top of its class. Its absolute class leading performance shows, yet again, why Gulfstream is The World Standard. 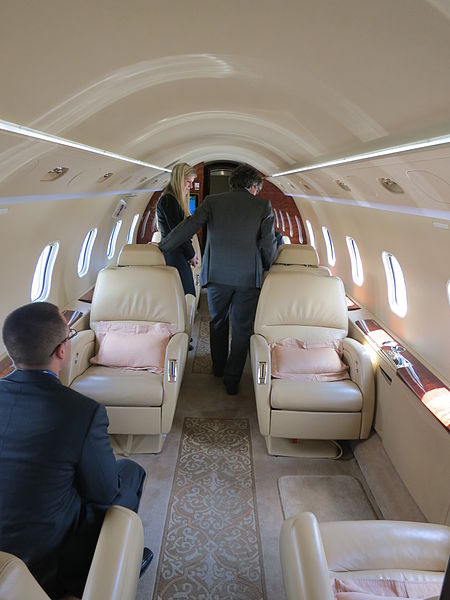